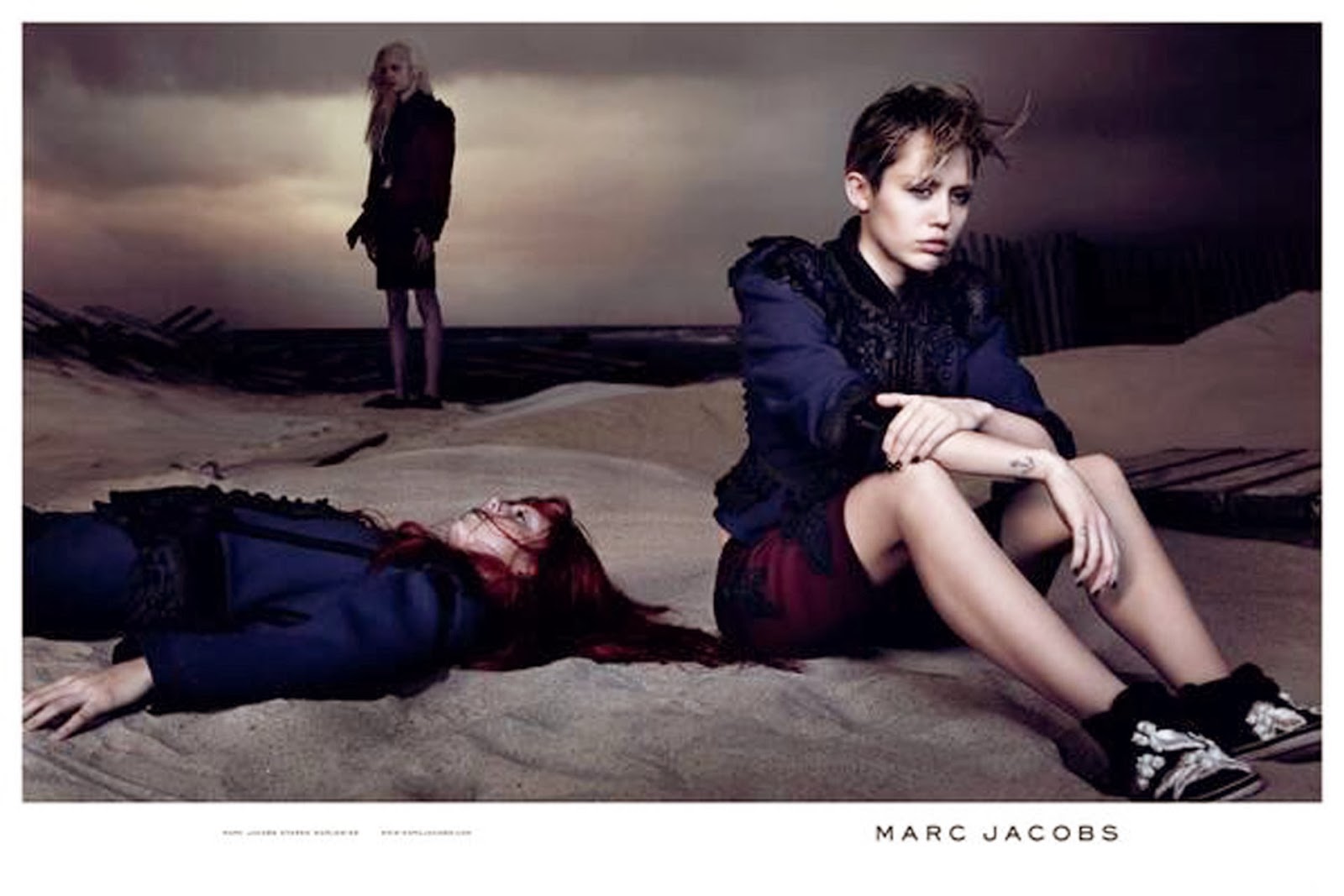 Miley Cyrus is the new face of Marc Jacobs. The controversial singer fronts the label's spring/summer 2014, set on a dark beach in Los Angeles and photographed by David Sims.

"We all just love her and her entire being, her energy, her talent, her intelligence, everything," Jacobs told WWD. "There's nothing I don't like about her. She is just genuine and very natural."

Cyrus is a friend of both Jacobs and his business partner Robert Duffy. She appeared nude in Jacob's Protect The Skin You're In T-shirt campaign, which raises funds and awareness for skin cancer research, and presented the duo with the Fashion Group International's Superstar Award in October last year.

The shot features the star pensively staring into the distance on a moody beach, while two models - Natalie Westling and Esmerelda Seay Reynolds - appear in the background. However, Cyrus's casting has disappointed one of Jacob's key collaborators - Juergen Teller - who refused to shoot the campaign. "I have worked with Juergen for years and love him as an artist," Jacob said. "He just didn't want to shoot her."

Posted by ilulz at 3:48 PM
Email ThisBlogThis!Share to TwitterShare to FacebookShare to Pinterest