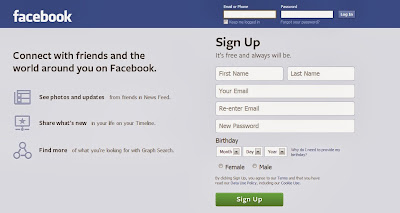 You might get shocked from reading this title, because I know I did!
It is here and it is official, Facebook privacy search settings are no longer active. Facebook is getting rid of its privacy settings that lets users limit who can search for them.

Facebook stated on Thursday, that its removing the setting that controls search options for users. The company claims that only a very small percentage of users will be affected by the change.

CPO Michael Richter confirmed and explained the change on the Facebook Newsroom:
"Last year we announced the removal of an old settings called "Who can look up your Timeline by name?" along with new controls for managing content on Facebook.

The search setting was removed last year for people who weren't using it. For the small percentage of people still using the setting, they will see reminders about it being removed in the coming weeks.

Whether you've been using the setting or not, the best way to control what people can find about you on Facebook is to choose who can see the individual t hings you share."

Well, we had enough with Facebook already, and now you just made it official guys! No one will be using Facebook anymore!

Posted by ilulz at 11:04 AM
Email ThisBlogThis!Share to TwitterShare to FacebookShare to Pinterest