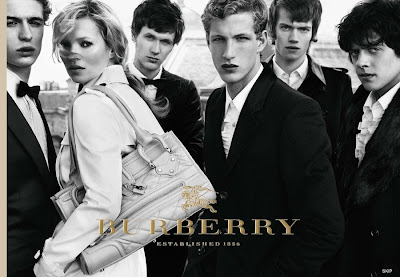 A FORMER Burberry and Hackett accountant has been ordered to repay £113,658.17 "which is almost equal to KD 50,717.763" that he stole from the brands while still working for both companies. In February 2012, the employee, Victor Navarro, was found guilty of fraud and imprisoned for 21 months.

Navarro used the money he embezzled from both brands to buy sports cars. He stole £82,200 from Burberry between 2007 and 2010, when he worked for the label as an accounts clerk. He also used cash that the fashion house owed to a supplier to buy a BMW X5, maintaining that the brand was "funding a company car for him", reports The Telegraph.

He resigned from Burberry before moving to Hackett where he stole more money. The repayments must be paid within six months or else he will face a two-year jail sentence. Compensation will be given to both Burberry and Hackett.
[Source: Vogue Magazine]

Posted by ilulz at 10:30 AM
Email ThisBlogThis!Share to TwitterShare to FacebookShare to Pinterest