BBM App for iOS and Android was cancelled! 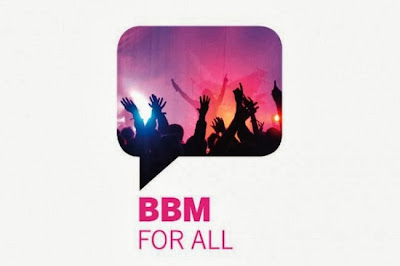 As we all know, BBM app was supposed to hit the market in September 20 & 21, and it actually did!  Just a few hours after launching the BBM on the App store in New Zealand, Australia, Malaysia, India and UAE, Blackberry removed it, after an unofficial version of the Android app was posted online this weekend.

This unofficial version of this app was downloaded 1.1 million times in only 8 hours, which have caused the company some issues where they have spent the whole Saturday attempting to resolve. As a result, the iOS version roll out was paused, the official date of the Android version is still not announced, and the unofficial Android version has been disabled.

What BB said was:

"Our teams continue to work around the clock to bring BBM to Android and iPhone, but only when it's ready and we know it will live up to your expectations of BBM. We are pausing the global roll-out of BBM for Android and iPhone. Customers who have already downloaded BBM for iPhone will be able to continue to use BBM. The unreleased Android app will be disabled, and customers who downloaded it should visit www.BBM.com to register for updates on official BBM for Android availability."

Have you been able to download BBM app on your iPhone before it was removed from the stores?

Posted by ilulz at 10:47 AM
Email ThisBlogThis!Share to TwitterShare to FacebookShare to Pinterest