I have seen the new iOS 7 and the way it looks like, and this new Youtube update is similar to the new theme of the new iOS 7 somehow.

However, yesterday Youtube launched their new updated version for iOS v 2.0 and it was full of surprises! 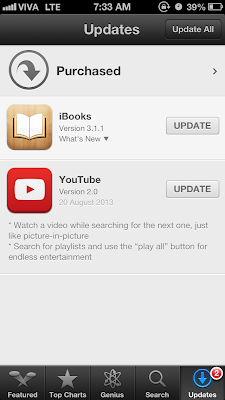 Despite the major version bump, the app remains, at least on the surface, largely unchanged. Both the user interface and functionality are essentially the same, but the search giant has introduced a couple new features designed to allow users to do more with less effort.

First major change, is that you can watch while you search "or more like picture-in-picture" option. Meaning while watching a video, you can swipe down with your finger, causing the video to shrink into the corner of your screen, and just enjoy your search, and don't lose your current video! 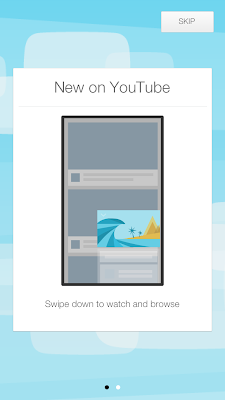 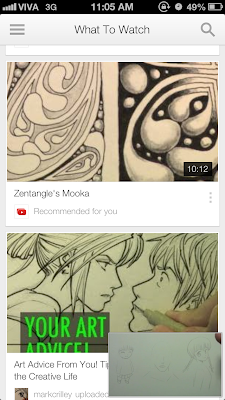 And also you can cancel or close the current "active" video by swiping your finger towards the left or the right, like the below image. 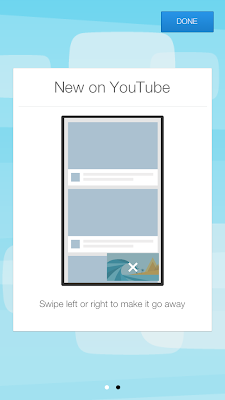 I would say the picture-in-picture and the swiping features are such an excellent addition; which brings the element of multitasking to iOS apps. But it would be even better if they can enable that great feature I am always dreaming off! Which is keeping the voice or the video running even after you minimize the app! Like other radio apps! That would be such a great help for me, specially when driving :p

I didn't use the app fully yet, so this is all of what I have found :) Will update it on the iPad and check if there are any other features available for the iPad version :)
Stay tuned and have a good day!

Posted by ilulz at 11:55 AM
Email ThisBlogThis!Share to TwitterShare to FacebookShare to Pinterest