Miley Cyrus adds the word "twerk" to Oxford Dictionaries with her sexy dance!

If you still remember I have posted about ODO adding the word "tweet" and "twitter" to the online dictionary last month [read it here]. And now, yes the word "twerk" is being added to Oxford Dictionaries Online (ODO).

Cyrus' dance was among the new words related to technology and social media that were added to the dictionary, joining another popular related social networking words. The dictionary's official definition of twerk is: "Dance to popular music in a sexually provocative manner involving thrusting hip movements and a low, squatting stance." As example sentences, Oxford Dictionaries lists "Just wait till they catch their daughters twerking to this song" and "Twerk it girl, work it girl." The term originated in the 90's, according to the new entry.

If you are still confused about the word "twerk" watch the below video! 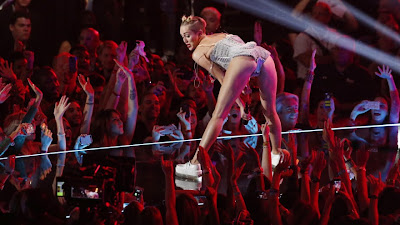 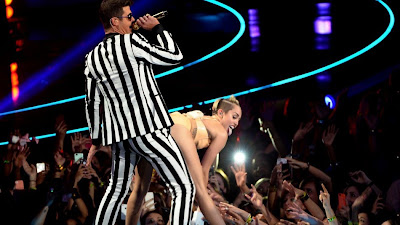 The most relevant addition to the dictionary for Quartz readers is probably "phablet," a portmantea of "phone" and "tablet" used to describe oversized smartphones.

I seriously don't know what else is on the list, so many crazy words are being added to the ODO, do we really want our children to learn the wrong English? Here are some definitions of other words, acronyms and phrases added to ODO:


Posted by ilulz at 1:28 PM
Email ThisBlogThis!Share to TwitterShare to FacebookShare to Pinterest