The models behind the "Pin-up Girls" posters 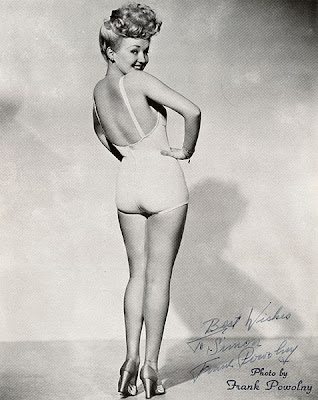 I used to always like those illustrations of those models, but didn't actually knew what it is all about! Until I have found some photos of the real models were it was the main reason behind those  creative illustrations.

This art of illustration is called pin-up. A pin-up girl, also known as a pin-up model, is a model whose mass-roduced pictures see wide appeal as popular culture. Pin-ups are intended for informal display, e.g. meant to be "pinned-up" on a wall. Pin-up girls may be glamour models, fashion models, or actresses. [Source: Wikipedia]

Have you ever wondered about the models/idea behind those posters! I wish I could have lived when pin-up girls were the epitome of sexy! Honestly, they do represent such an elegant neat woman! Here are some photos I have found today of the real model and the illustration "poster" of her.

My next project is to do some of those posters, it's easy to sketch it, I just need to figure out how to colour it this way :) 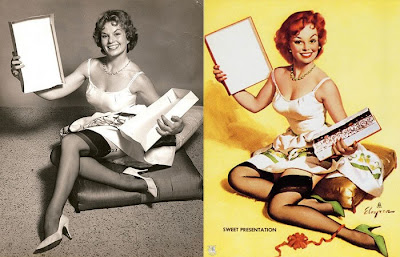 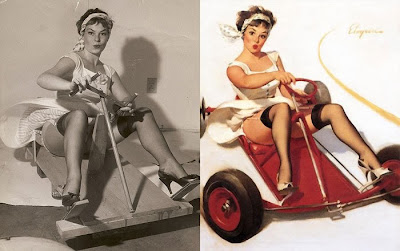 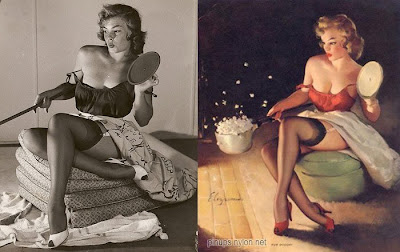 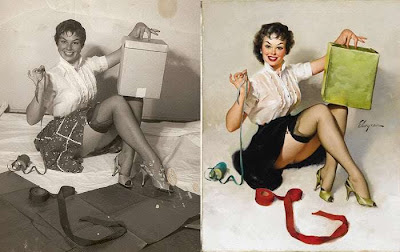 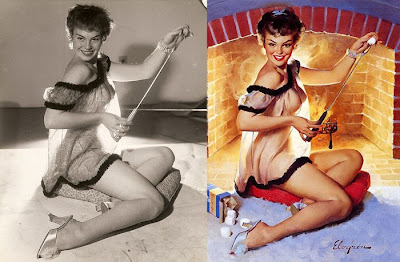 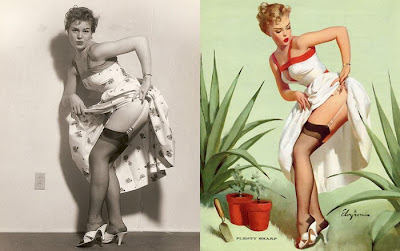 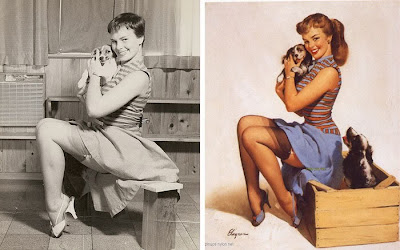 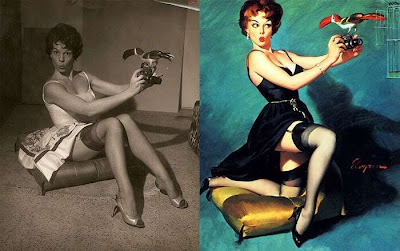 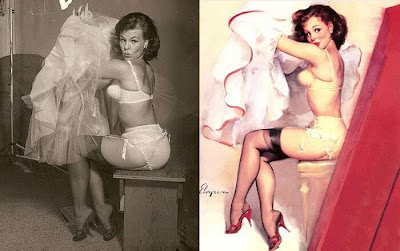 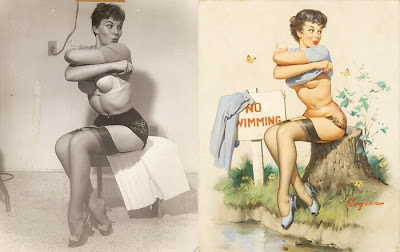 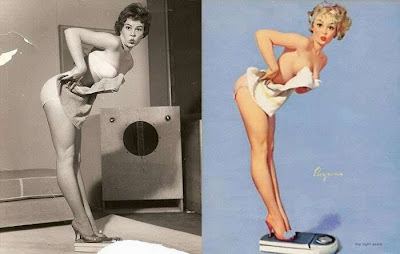 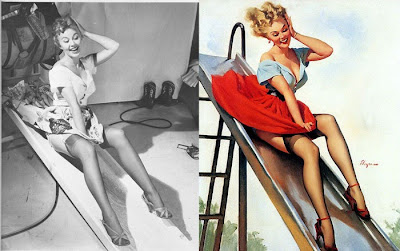 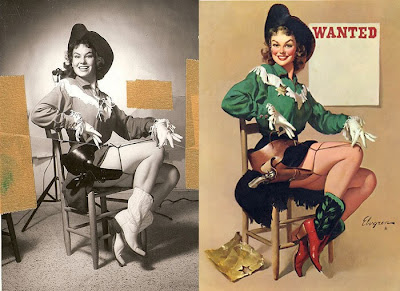 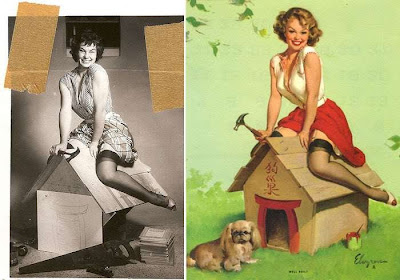 Posted by ilulz at 9:27 PM
Email ThisBlogThis!Share to TwitterShare to FacebookShare to Pinterest