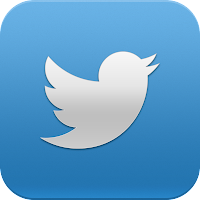 It's official now! The word "Tweet" became an official verb and noun in Oxford English Dictionary. Oh lord, what else is missing? Will we start saying in a middle of a conversation "I retweet what she/he said!" lol
I wonder how google is going to translate this word!

The OED's definition now includes both the verb and noun usage of the word "Tweet" on Twitter:
The OED has traced the word back to 2007, nearly a year after the launch of the social networking phenom, where it originated among Twitter users to refer to the act of writing a message on Twitter, as well as the messages themselves.

Posted by ilulz at 11:58 AM
Email ThisBlogThis!Share to TwitterShare to FacebookShare to Pinterest