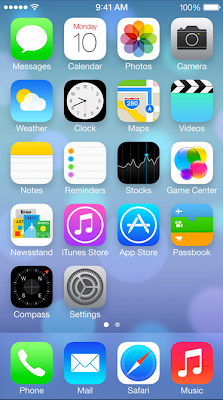 Apple released iOS 7 beta 2 for developers yesterday June 24, 2013. The new version promises to fix bugs and include certain improvements. But the major issue in this update is a version of the software for iPads (both regular and mini models.) As we all know, the first version of the software was only for iPhones & iPod touches.

On the other hand, this software update brings back reworked version of Apple's voice memos application, which has been a built-in utility since 2009's iOS 3.0, though was not provided in the initial beta of iOS 7.

I think it's time for me to upgrade to iOS 7, don't you think :p

Posted by ilulz at 2:41 PM
Email ThisBlogThis!Share to TwitterShare to FacebookShare to Pinterest