Last Thursday Apple released the new update iOS 6.1.4 in foreign countries, and today it was released in the Middle East. This new update brings an updated audio profile for the speakerphone, which comes as a surprise to both end users and developers alike. 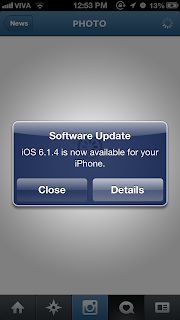 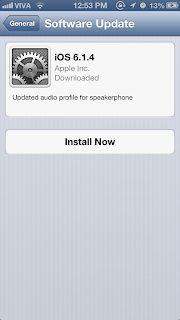 This update is only available for iPhone 5 users, so if you have any other iOS device don't bother looking for the update :p 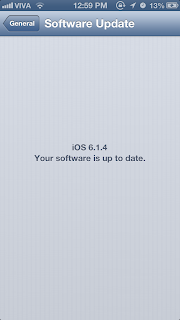 It is said that iOS 7 is expected to be released in fall, so it will be normal to see another update or two before releasing it. But, I honestly don't expect any great features in the upcoming updates. I am sure Apple is keeping all the great features until September, where they will be releasing the new iOS 7.

Posted by ilulz at 1:12 PM
Email ThisBlogThis!Share to TwitterShare to FacebookShare to Pinterest