A couple of weeks ago KFC announced the launch of a new offer that I couldn't believe it myself ! And now, it seems we're in it for the long run. 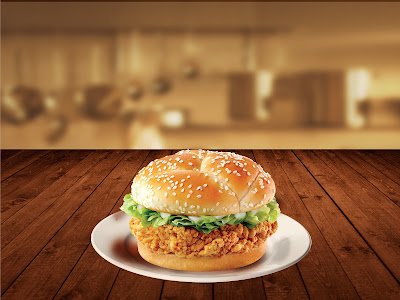 KFC officially announced that we now have the delight to enjoy the ZINGER lunch meal for as long as we want! The reason behind this offer is that KFC customers have asked for a change; so they gave us one. First it was for a little while, but we have asked for a permanent change, and today, they answered and agreed to keep the new lunch deal for an unlimited period of time!

Yet again, this shows that when people unite for a cause, they often get what they want. And even though this one was slim pickings, we still managed to get what we wanted. "And that's why we call it, Success!"
So, What do you think guys! It's awesome isn't?

Thank you KFC for listening to us, it's simply So Good!

Posted by ilulz at 9:04 PM
Email ThisBlogThis!Share to TwitterShare to FacebookShare to Pinterest